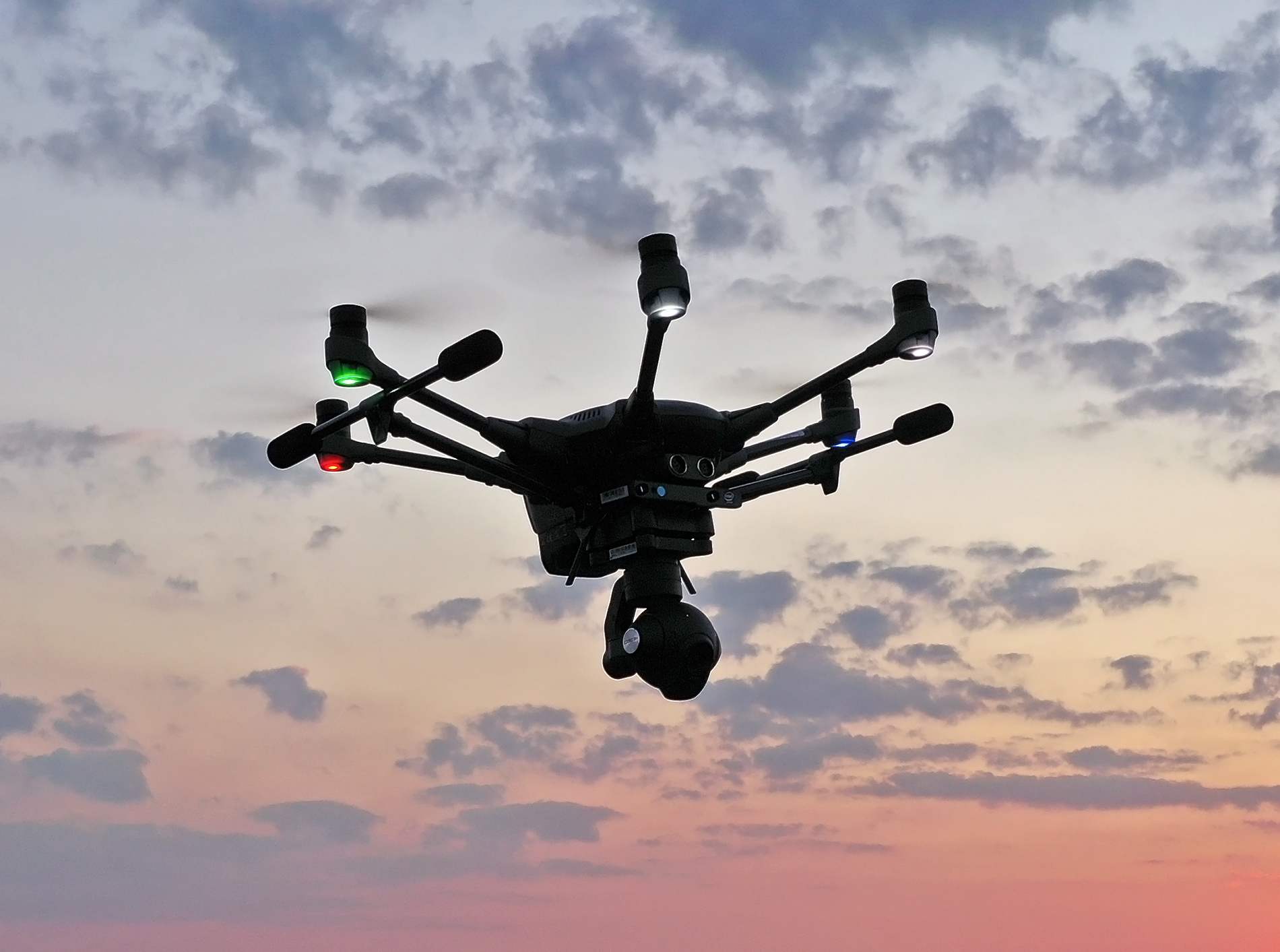 Unmanned mobility on a par with dual-use space technologies has been identified by the Polish government as a breakthrough technology that could play a significant role as part of the post-pandemic recovery.

– Following the approval of the National Recovery Plan (KPO) by the Senate and the European Commission, Poland will allocate PLN 740 million for the development of unmanned mobility. The 10 priority projects included in the KPO to be implemented over the next 5 years will allow Poland to maintain its leading position in the implementation of the U-Space environment – informs Deputy Infrastructure Minister Marcin Horała.

The Polish Economic Institute estimates that the value of the Polish civil drone market in the next 5 years will be at the level of PLN 3.26 billion, and the value of the impact of drone integration into the economy in the same period will reach PLN 576 billion.

However, exploiting the potential of drones, including further increasing the demand for tasks using BSP, requires strengthening institutions and creating strong centres of competence to integrate the often currently fragmented projects and initiatives.

– As announced by the head of the European Commission Ursula von der Leyen, 20% of the entire Reconstruction Fund will be allocated to digitisation. Poland will take advantage of this opportunity. The funds from the National Reconstruction Programme will allow for development with dynamics that guarantee Poland will remain one of the leaders in unmanned aerial vehicles. By 2026 we can create a mature BSP environment in Poland, with U-space areas, which will be the most advanced environment of this type in the world – says Marcin Horała, Deputy Infrastructure Minister .

Under Component A “Resilience and Competitiveness of the Economy” of the National Reconstruction Programme, infrastructure for the management of unmanned aerial vehicle (drone) traffic is to be developed, competence centres including specialised training centres, monitoring centres, support for deployment and end users are to be developed and equipped.

The submitted projects were divided into 4 key groups:

Most of the budget – more than half a billion – may go to the Polish Air Navigation Services Agency, which is already implementing a pioneering and so far the only one in Europe operationally implemented PansaUTM system in the aviation environment, based on digital coordination of UAV flights and digital management of applications and permissions for such flights. The Eurocontrol report shows that Poland, compared with other European countries, performs exemplarily.

– One of the main objectives of the Polish Air Navigation Services Agency in the field of unmanned aerial vehicles are activities supporting the creation of a friendly environment in Poland for further development of the BSP services market, i.e. the implementation of the U-space concept, assuming safe and effective integration of manned and unmanned aviation. Under KPO, PANSA would implement three key projects: the development of infrastructure within the Drone Technology Park and the construction of the Monitoring and Command Centre for Law Enforcement Services – Coordination Centre. Due to the scale of the projects and their innovative character, the establishment of an entity responsible for the development of the area of unmanned mobility, which would take over tasks related to the organisation of investment projects, is also being considered – informs Minister Horała.

The Polish Air Navigation Services Agency would be responsible for developing infrastructure to support the development of advanced UAV flights on a mass scale, including in particular:

In this part of the project, it is also planned to introduce technological solutions that support space users’ awareness of safe use of space and provide tactical (on-line) non-verbal coordination – communication of UAV pilots with managers of a specific zone. It is planned to create and develop a mobile application that will perform these functions. Its ongoing development will allow for dynamic response and adaptation of functionalities to market needs, which in turn will allow for the highest possible level of support for UAV operations.

Three UAV competence centres and a monitoring centre are to be established by the end of the third quarter of 2026. The implementation of 10 local UAV traffic management infrastructure projects is also expected to be completed by this time.

The aim of the project is to build a team of R&D experts, to develop a model ground infrastructure in Kąkolewo (testing ground) and to build a test area between the airport in Kąkolewo and the PANSA’s Air Traffic Control Centre in Wysogotowo, to develop standards for ICT devices (ground and mobile), mounted on unmanned aircraft. “This will enable full integration with the CPK manned air traffic management system. As part of the project, a model of the environment for managing autonomous flights will be created,” informs Minister Horała.

Similar projects are already underway in other European countries. These include SkyGate in Turin, Italy, the Eurocontrol Experimental Centre (EEC) in Brétigny, France, and the Spanish BCN Drone Center in Barcelona.

The construction of the Drone Technology Park will be based on the use of PANSA’s new Air Traffic Control Centre in Poznań, which will allow for a unique combination of available facilities and infrastructure, as well as human resources in a single facility.

A low-altitude Airspace Management Coordination Centre will also be located at the back-up Air Traffic Management Centre in Poznań for the implementation of tasks related to public safety and health protection.

– Within 5 years, the KPO funding will create an intelligent UAV monitoring and command and control centre for law enforcement, based on a multi-layered low-altitude airspace management model for distributed UAV traffic management for public safety and health care providers – informs Minister Horała.

The system solution developed within the project (ICT part) (high computing power and advanced algorithms for routing and collision avoidance, as well as crossing horizontal zones) is to enable large-scale automatic flights and autonomous flights of public services in the city. The key element will be to identify the needs of individual institutions and services and to develop the necessary additional functionalities while maintaining the coherence of the concept of UAV flight management in Poland, taking into account the PansaUTM flight coordination system implemented in Poland and the modules and services already developed under the EU Digital Poland programme.

The result will be an “intelligent” UAV monitoring, command and control centre for law enforcement based on a multi-layered low-altitude airspace management model for distributed UAV traffic management for public safety and health tasking entities. A route management and anti-collision tool with high computational and real-time command capabilities will also be developed. The project also envisages the piloting of autonomous and automatic systems for operations in combined urban operations and interoperability in one limited space of operations.

The digitisation of processes associated with the use of UAVs is expected to contribute to reducing the use of conventionally driven vehicles. It will significantly reduce emissions of greenhouse gases and other harmful substances. Due to the foreseen participation in the project of the EIA and the Forest Service, the project will affect environmental protection through the use of new surveillance and management tools.

– The project creates a potential counted in thousands of jobs for workers with new competences. Currently in Poland, as of 31 December 2020, more than 50,000 people have completed mandatory registration as a UAV pilot as required by EU regulations. By the end of 2020, more than 20000 issued UAV operator qualification certificates (issued by the Polish CAA) were recorded. There is still a demand for new, increasingly specialised qualifications. The development of UAV applications also means demand for innovative products and thus employment in the business sector – adds Minister Horała.

The timetable for the implementation of Component A assumes that by the end of 2022 a law in support of unmanned mobility will enter into force and a comprehensive UAV development programme will be adopted. Responsibility for implementation rests with two ministries: MRPiT and MI. 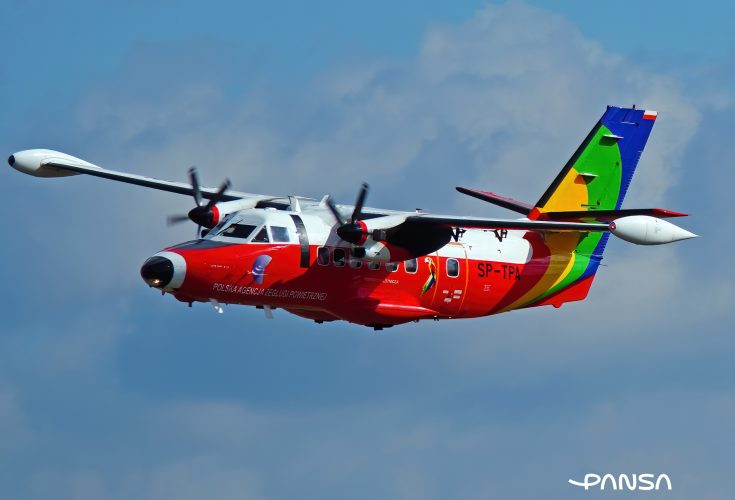 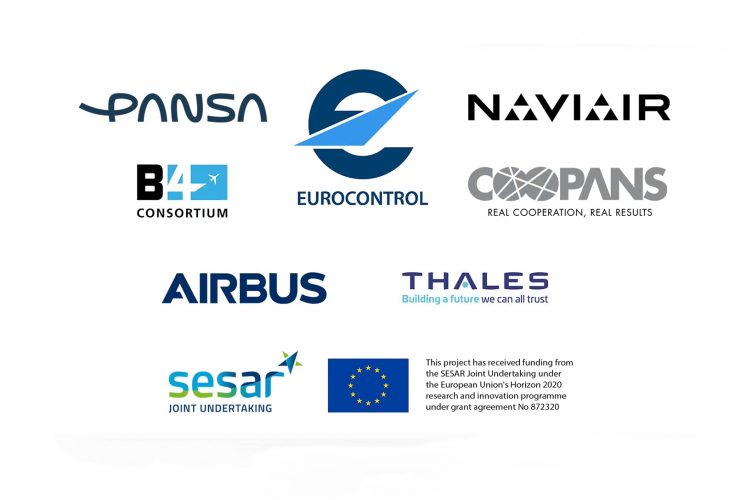 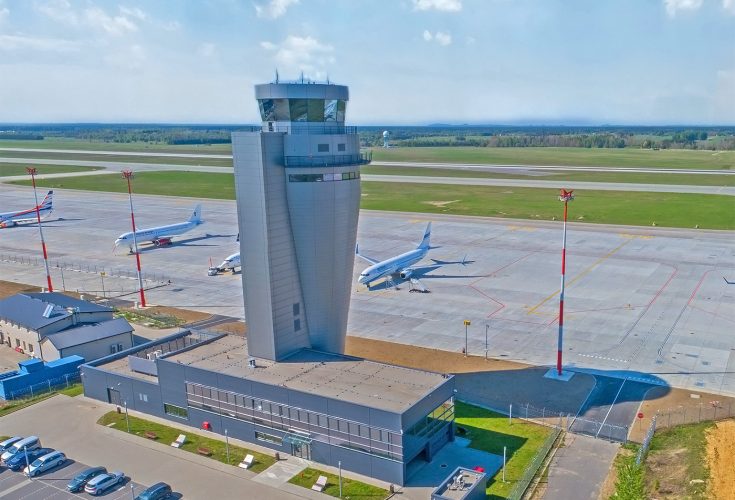 We firmly believe that the internet should be available and accessible to anyone, and are committed to providing a website that is accessible to the widest possible audience, regardless of circumstance and ability.

To fulfill this, we aim to adhere as strictly as possible to the World Wide Web Consortium’s (W3C) Web Content Accessibility Guidelines 2.1 (WCAG 2.1) at the AA level. These guidelines explain how to make web content accessible to people with a wide array of disabilities. Complying with those guidelines helps us ensure that the website is accessible to all people: blind people, people with motor impairments, visual impairment, cognitive disabilities, and more.

This website utilizes various technologies that are meant to make it as accessible as possible at all times. We utilize an accessibility interface that allows persons with specific disabilities to adjust the website’s UI (user interface) and design it to their personal needs.

Additionally, the website utilizes an AI-based application that runs in the background and optimizes its accessibility level constantly. This application remediates the website’s HTML, adapts Its functionality and behavior for screen-readers used by the blind users, and for keyboard functions used by individuals with motor impairments.

If you’ve found a malfunction or have ideas for improvement, we’ll be happy to hear from you. You can reach out to the website’s operators by using the following email

Our website implements the ARIA attributes (Accessible Rich Internet Applications) technique, alongside various different behavioral changes, to ensure blind users visiting with screen-readers are able to read, comprehend, and enjoy the website’s functions. As soon as a user with a screen-reader enters your site, they immediately receive a prompt to enter the Screen-Reader Profile so they can browse and operate your site effectively. Here’s how our website covers some of the most important screen-reader requirements, alongside console screenshots of code examples:

We aim to support the widest array of browsers and assistive technologies as possible, so our users can choose the best fitting tools for them, with as few limitations as possible. Therefore, we have worked very hard to be able to support all major systems that comprise over 95% of the user market share including Google Chrome, Mozilla Firefox, Apple Safari, Opera and Microsoft Edge, JAWS and NVDA (screen readers), both for Windows and for MAC users.

Despite our very best efforts to allow anybody to adjust the website to their needs, there may still be pages or sections that are not fully accessible, are in the process of becoming accessible, or are lacking an adequate technological solution to make them accessible. Still, we are continually improving our accessibility, adding, updating and improving its options and features, and developing and adopting new technologies. All this is meant to reach the optimal level of accessibility, following technological advancements. For any assistance, please reach out to